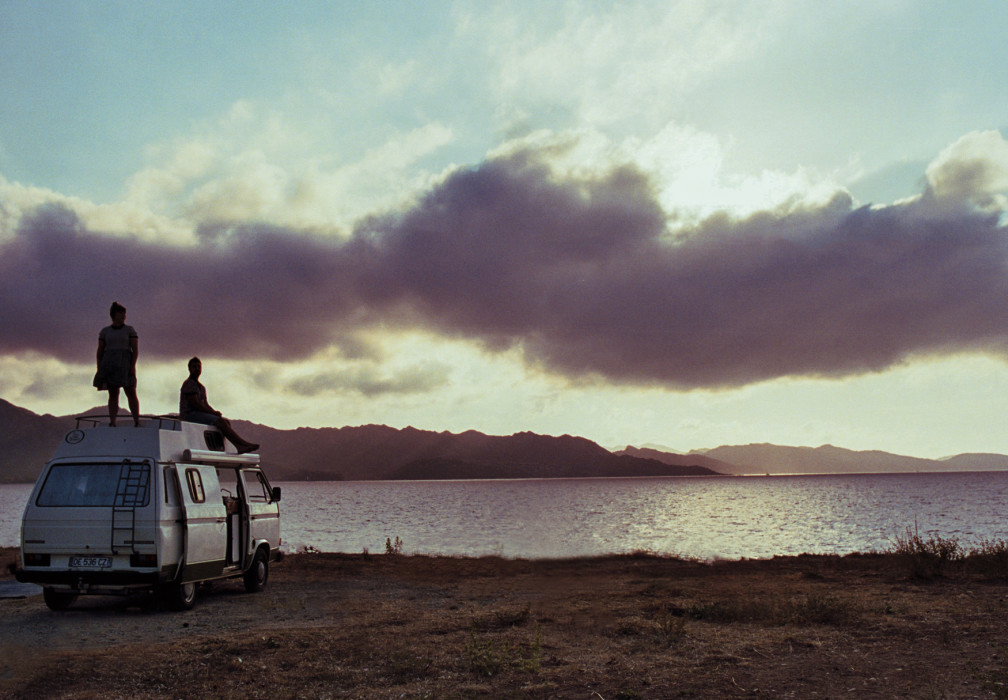 They write their pop music from the sunny side of the street : no splits, no tricks, no divisions here. Their songs both take one step ahead and encompass a large scope.

Aged 27 and 25, Pauline and Florent capture the essence of making touching, impeccable tunes – a mix of vibrant choruses and straight-to-the-point verses. They met in Aix-en-Provence, where they both attended college : seven years later, they’ve paired to create a whole bunch of edgy, fun, catchy melodies they are showing the world with their first album.

Working as a duet was the only tangible option. This is not as much a format as a magical equation : “We’re obsessed with duets”, they explain. “It is the best way to make music – even if additional musicians are required.” And so they wrote Fingers Crossed hand-in-hand – the work of a well-matched team. Listening to the album, one can feel their collaboration and music is not so much a male to female dialogue with different perpsectives and viewpoints but a perfect alchemy between them. Their sensibility and tone are complementary, their voices a perfect balance. They intertwine delicately the way they did back in the days when they enrolled in music showcases and played live in Parisian bars.

They never learnt music the usual way, or had an academic education. Instead, they have a very genuine, intuitive bond to notes and keys, the way harmonies should match or words should rhyme. English language flows naturally for them : “We’ve mostly been influenced by British or American bands,” Florent says. “We never even thought of singing in French. We both play guitar, Pauline also uses keyboards on stage. We may be limited technically but that’s a blessing in a way : we never felt restrained – instead, we have to focus on very sharp melodies and instant patterns. That’s our absolute goal. Our approach to pop music may sound pretty classic, but that’s the way we are.”

Their songs, honest and strong, are also a canvas for their feelings. «They’re little band aids to the soul,” they say, smiling. “Our lyrics are about love, fears, hopes, heartbreaks and scars. All those topics that matter to us have to be expressed in the simplest way… Same thing with our friendship : we have the strongest bond ever, but at times, the most conflicting one. » Just like those bands they worship, from The Libertines to Oasis, they have had ups and downs. Their stage name, Part Time Friends, is also another definition for their tight yet rocky relationship : “Sometimes, we just have to argue. But every time we manage to sort our problems out. At the end of the day, nothing is more important than our band.”

Ask them about their favourite artists, they’ll also name The Smiths, Oasis, Bill Ryder Jones or The Arctic Monkeys and their Submarine soundtrack : is it really a coincidence if Alex Turner’s wonderful influence can be heard on Part Time Friends’ first single, “Home” ? Their love of British craftsmanship is so big they’ve decided to record their album in Monmouth, Wales. Quite a rock city, it seems, as it already had two recording studios (MonoValley, where Pink Floyd, The Coral, the Gallaghers and our French friends set tracks down) when their young producer friend Tom Manning chose to have his own reording space there. Tom, who had previously worked with PJ Havey’s drummer and producer Rob Ellis, has been in charge of the production of this new album. Fingers Crossed was recorded during a five week prolific period : together with Pauline and Florent, they made the perfect team.

Fingers Crossed also features Ben Christophers’ (not only famous for his solo records but also for his work with Bat For Lashes) arrangements, British musician Bill Taylor on bass and Part Time Friends’ long time compañero and multi-instrumentalist Clément Doumic, who all turned those much-anticipated sessions into a happy place for experimentation.

Fingers Crossed is all about commitment, choices made and music dreams. It successively evokes Christopher Owens’ straighforwardness in composing, American dreams and great spaces, surfing the way the Beach Boys used to (on their future hit “Here We Are”), Hollywood fifties era (on “Johnny Johnny”) or the highly addictive and sunny French pop music of Granville, with whom they also recorded a track : “We really like the way they craft their songs,” explain Pauline and Florent. “Their music is simple, yet edgy, deeply human and therefore healing. We really hope this is something we have in common. Our collaboration was a memorable one for us”.

Part Time Friends melodies are also airy (on “Art Counter”), acoustic and abrasive (“Keep On Walking”), heart lifting and exotic (thanks to the Mariachi horns on “The Stain”), or instant and spontaneous (on “Don’t Give Up”, the opening track of the record). Fingers Crossed shows a band already at its best, gifted with many skills, twists and qualities.